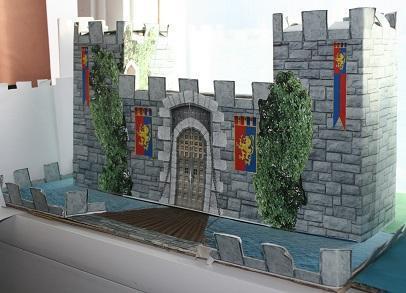 Welcome to the History department.

It is the aim of our team to create an environment that engages and inspires students to ask questions about the past and as a result develop opinions about British, European and World events. History is fundamentally about people and how we have interacted with others over the centuries. Students are encouraged to use what they learn to understand how historical events have shaped their modern lives, whilst developing a number of key skills which are invaluable to the world of work. Lessons use a variety of learning and teaching strategies to both engage and challenge our students and we have a strong emphasis on independent learning. Across KS3 and KS4 the history department uses a variety of assessment methods including formal essay writing, source analysis and traditional exams.

At Key Stage 3 students follow a chronological path through History.

We starting with how people lived during the medieval period. They begin with the Battle of Hastings in 1066 and investigate the Norman conquest of England. They then progress through the turbulent times of the medieval kings, the Black Death and the peasants’ revolt. They investigate the lives of the Tudor kings and queens, ending with an inquiry about the Industrial Revolution.

Students explore the British Empire. Next they study 20th century history; beginning with the causes, conditions and consequences of the First World War; progressing to how this links to the outbreak of World War Two. Through these investigations students learn to empathise with experiences during the many conflicts of modern times including: life on the home front; the Holocaust and the struggle for civil rights in the USA.

Key Stage 4 aims to build upon skills developed in the earlier years. Students follow the AQA course which involves four units. Within these four units there are two exams which are all sat at the end of year 11. These include: Paper 1: Understanding the Modern World, Period Study (Germany 1890-1945: Democracy and Dictatorship) and Wider World Depth Study (Conflict and Tension 1918-1939) and Paper 2: Shaping the British Nation (Thematic Study: Britain and the health of the people 1000 to present day) and British depth study (Elizabethan England1568-1603)

At A-level our students follow the AQA History specification. Year 12 begins with a study of The Tudors: England, 1485-1547 including Henry VII and Henry VIII; and for their second unit an investigation The American Dream: reality and illusion, 1945-1963. In Year 13 students continue into the early modern period through the study England: turmoil and triumph, 1547-1603 and challenges to the American Dream, 1963-1980. In addition to this exam unit students complete an independent study of a 100 year period of their choice.

Unfortunately not the ones with chocolate chips.

Some cookies are necessary in order to make this website function correctly. These are set by default and whilst you can block or delete them by changing your browser settings, some functionality such as being able to log in to the website will not work if you do this. The necessary cookies set on this website are as follows:

Cookies that are not necessary to make the website work, but which enable additional functionality, can also be set. By default these cookies are disabled, but you can choose to enable them below: